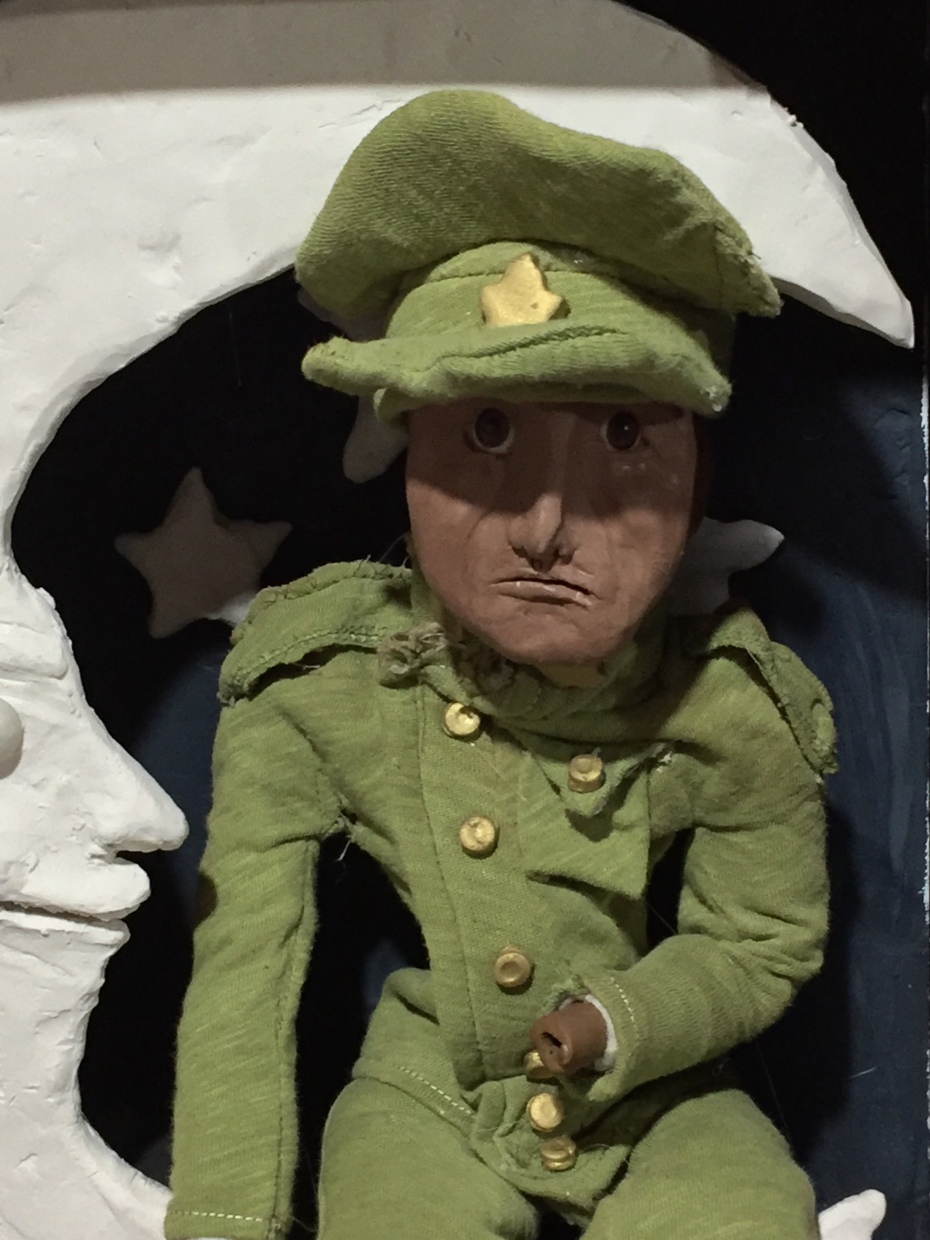 This ‘Lil soldier served in WWII – well the man whose photo I based this character off of, served.

I’m still working on his hands.

Many Métis and First Nation Canadians served in WWI, WWII and the Korean wars. The sad part is it took a long time for Canada to recognize these brave men because of their race. On top of not being recognized, most of these men had to put up with harassment and racism by fellow soldiers and were given the worst work such as collecting human remains and the badly wounded from the battle field. Many of these men came back traumatized by the horrors of war.

I honour all Canadian veterans, regardless of their race or colour. Without these brave citizens taken up arms, our country wouldn’t be where it is today.

My next soldier will be based on a photo of my great uncle who also served in WWII.

For my fans – please share this post and others to come. Don’t for get to use the hashtags – #SKarts and #TequilaFridayStudios.